Billy Ray grew up miles away from local communities and subdivisions, where there were no stores and few other kids or schools. Naturally, he & his brother turned to their surroundings for entertainment, the forest, the woods or simply called by old-school loggers as “the bush”. Pushing over dead trees & dodging widow makers at a young age was his playground & climbing trees was in his blood as well as swinging an axe has become second nature.

After graduation, Buckin’ knew that college was out and work was in, straight into the workforce he went. After a few jobs that did not meet his adrenaline junky needs, he set his sights on what he knew best, the bush. Growing up out in the sticks, he learned his way around a power saw a young age. Taught to him by a local logger. His love of the bush and power saws had him bucking and selling firewood, then straight to falling timer, something that has been a burning desire in him for many years. The stars had aligned. The realization of BUCKIN’ BILLY RAY’S TREE SERVICE and then BUCKIN’ BILLY RAY EXPERIENCE had been spared. 20 years of falling timber, raising a family, hundred of jobs, climbing trees, a few near-death experience, several broken bones and working 7 days a week…life has spit out THE BUCKIN’ BILLY RAY EXPERIENCE.

At halfway down “the yardstick of life”, Buckin’ is still up this antics, climbing & falling timber but has realized he is living on burrowed time and now chooses to focus on spreading a message of kindness, love and investing in yourself. 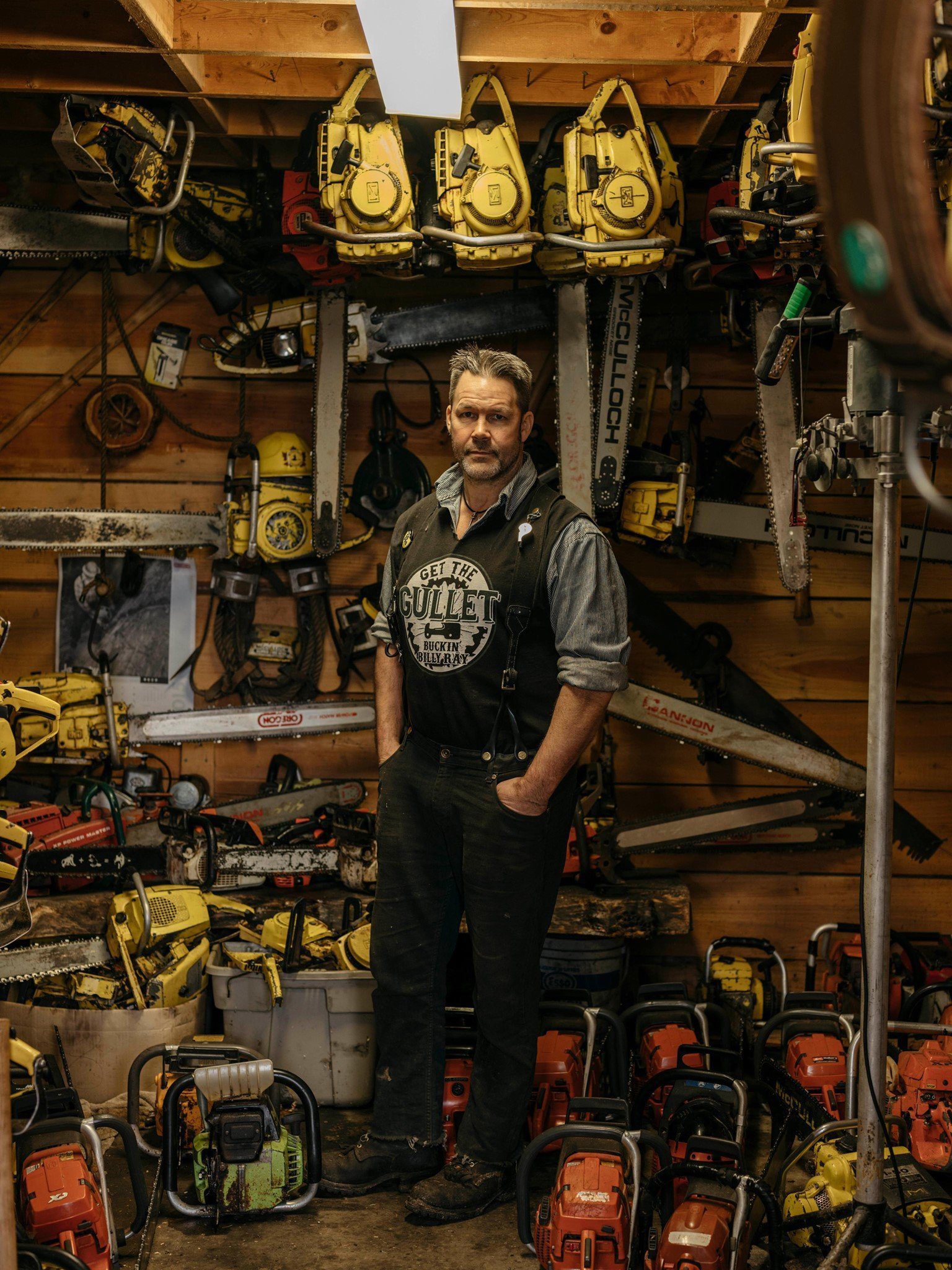